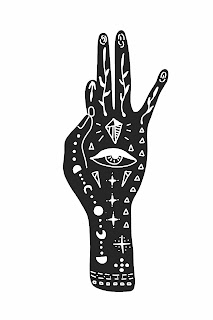 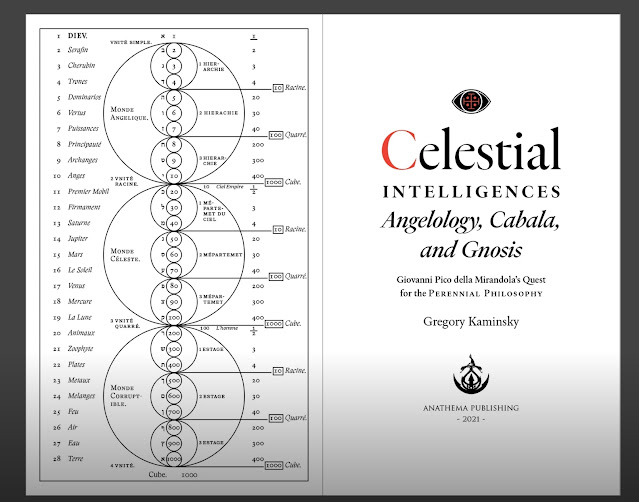 The work of Renaissance philosopher Giovanni Pico della Mirandola is both significant and interesting for a number of reasons. First, his writings provide both an approach to, and an understanding of, ancient wisdom traditions (philosophical and religious systems) and the way that we receive them in modern times. This is partly a discovery of how Western society and culture honors these traditions, but tends to be fundamentally disconnected from them in the course of daily life. 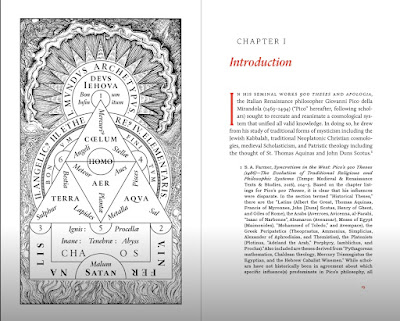 Ultimately, this is a recognition that the esoteric traditions of the West are fragmentary at best, but also a realization that these fragments are our legacy and by working with them mindfully, we may still traverse a spiritual path that leads from delusion to wisdom. Second, studying Pico and his work reveals the manner in which a fundamentally Jewish esoteric doctrine and tradition –Kabbalah – was adapted and then adopted by Christian philosophers because it was a living, extant tradition and has a monotheistic character.
Third, a close reading of Pico’s works reveals new insights into the ways that angels were thought of, and even worked with, in an esoteric and mystical manner Pico is a natural focus for all of these questions because his own work and writings places him not only at the center of these investigations, but also at the center of the rebirth of the Western esoteric tradition. Pico’s 900 Theses and subsequent Apologia (from which his Oration (on the Dignity of Man) is excerpted) contain the foundation for the rediscovery of Western esotericism from the mists of time along with the public declaration that magic and the Cabala were the keys to knowing the truth of religion, the world, and oneself. Pico’s own story of this discovery and the way in which he felt compelled to share it with the world are extraordinary and dramatic, so he is a most suitable vehicle for the expression of these ideas.

Through his writings, we can understand the way in which Western esotericism had been relegated to the dustbin of history before Pico so boldly plucked it from the trash heap to exalt it as it should be. He exposed the manner in which we could see that there exist equivalences and correspondences in various traditions and schools of thought. This can be understood as a sort of syncretism, but also a way to understand that, on some level, truth can be expressed in different ways that may be more accessible to different people in different places at different times. Pico also shows us how a fully extant, living esoteric system can be adapted and appropriated if one feels righteous in doing so. It was the deficiency in Western esotericism that there was no living system as all the ancient religions were dead and gone – except for Judaism. All that was required was the Spanish Inquisition to convert some Kabbalists and then exile them to Italy where they translated for and tutored Pico. From there it was no great task to adapt the once Jewish Kabbalah to a now Christian Cabala. This conversion made all subsequent esoteric practice in the West really flourish and one could say that Pico’s adaptation of the Cabala is the act that has had more influence on Western esoteric thought and practice for the following 500 years and counting than any other.

Lastly, Pico and his philosophy engages with angels and the orders of angels in unique ways to teach a system of thought and action – contemplation really – that is designed to lead to gnosis and/or theosis. The really beautiful thing about Pico’s system is that it perfectly mirrors all great mystical systems of the world in the specific methods that it employs. One of the things I really enjoyed was exploring how Pico’s explanation of how one goes from delusion to wisdom compared with Jewish Kabbalah, but there is ample territory to explore comparisons with many esoteric paths 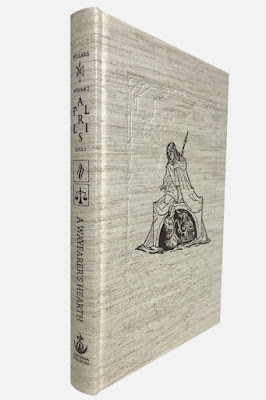 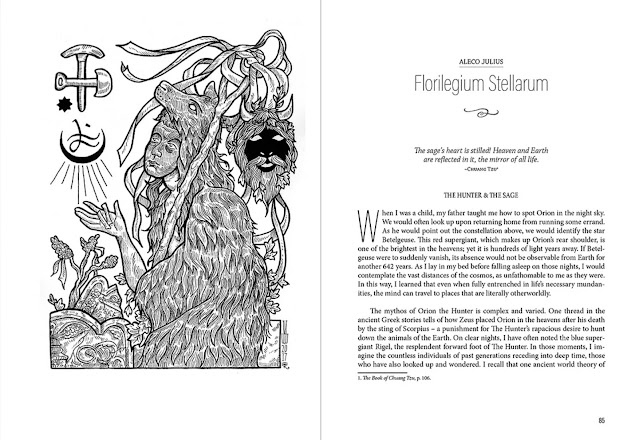 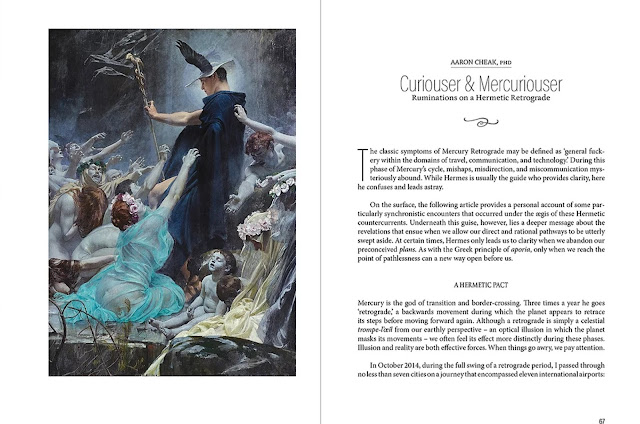 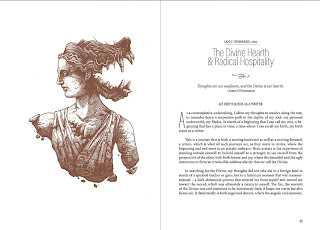 Come rest by the hearth’s fire and warm yourself, now that your travels are at an end.

​The night is long, and we are in no hurry. This is a time for reflection, to think back on where you have been – and where it has led you to.

Whether you have crossed oceans or deserts, wound your way through labyrinthine cities or long-forgotten ghost towns, followed untrodden paths or the pilgrim’s well-worn way – you are no longer the same, and you have wisdom to share. 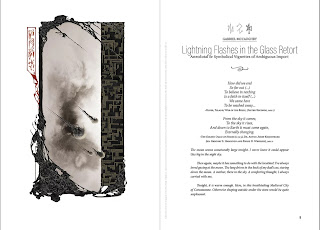 This is the Wayfarer’s Hearth: a gathering of voices and a recollection of transformative spiritual journeys.

These are the reminiscences, lessons learned, and personal accounts we sought for the next edition of PILLARS.

For our next collection, we sought stories of wandering, initiation, and of inner alchemical transmutation. We wanted to hear from those who have travelled far in search of a teacher, or who have been surprised by an unexpected revelation while abroad.

Today, however, travel is not a reality for many of us. The pandemic has suddenly made our lives much smaller in terms of where we can physically be, and so many of us turn to our bookshelves instead. Our imaginations become vessels, ferrying us away to distant shores where new gods, truths, philosophies, religious precepts, and histories await.

Both of these important aspects are explored within this brand new issue of PILLARS! 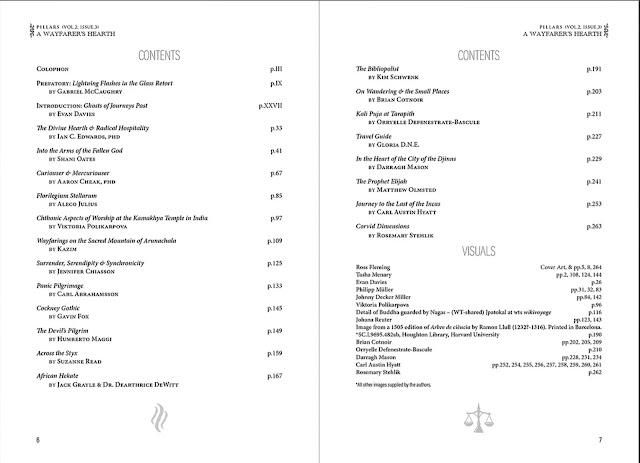 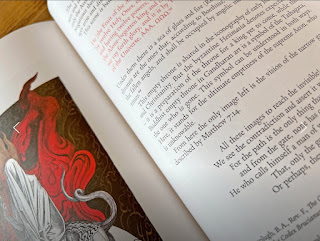 IAO is an iconographic proposal, an attempt to illustrate the Gnostic worldview and its myths as understood by the Ophites, a sect of which little is known. It is, perhaps, an exercise of imagination, of what Christian iconography could have resembled if the Ophites had survived. Visually, it follows the sequences of the Speculum Humanae Salvationis and the Biblia Pauperum, reordering their contents according to this heterodox initiative. 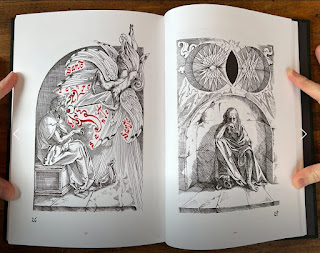 “Gnosticism lacks images in a remarkable way, the abstraction of its texts is only equated by the visual silence of its few and discrete remains. And yet the texts are filled with images!" 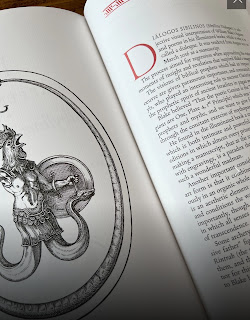 “These images are, in fact, visions, allegories, and myths of a yet unexplored richness. And the ambitious proposal here is to consolidate an iconographic programme…”

Central to this initiative is the reconstruction of the Ophite diagram described by Origen of Alexandria in Contra Celsum – a complex system in which their whole cosmic vision was integrated. 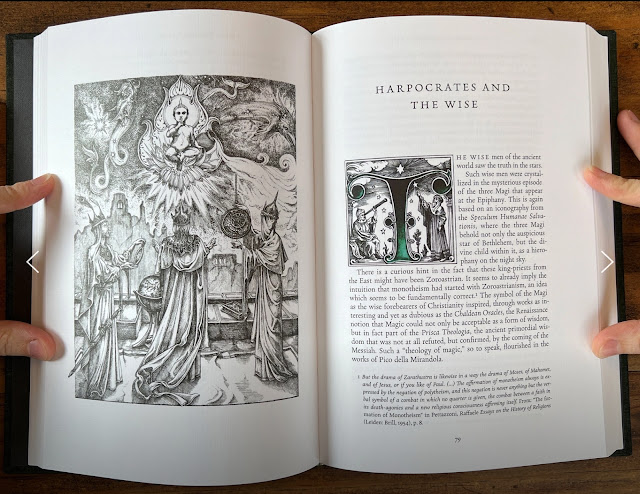 “The three axis, which the images will revolve around, are three distinctive topics of the gnostic worldview: The demiurge (and his relation to the manifested world), the myth of Sophia (and the female aspects of the divine), and the ophite Christology, or the saviour as a serpent.”

IAO rejects the commonly held notion of Gnosticism as a mere form of dualism within Christianity, and explores its relationship with other religions – if only by conceptual coincidence, following Edward Conze’s comparison between Buddhism and Gnosis.

Moreover, the Ophites, by declaring Christ to be an incarnation of the Serpent of Genesis, stood outside the moral spectrum of what is now understood as Christianity. Instead, notions of non-duality can be found in the doctrines of Basilides and the idea of the Pleroma, which are explored within, both conceptually and visually. 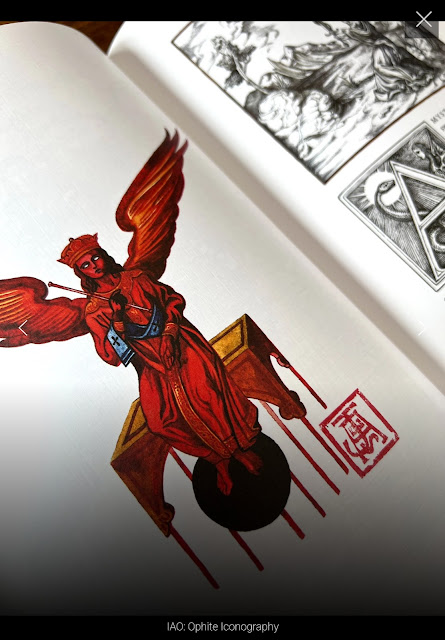 A Devotional Path to the Red Enchantress of Uddiyana 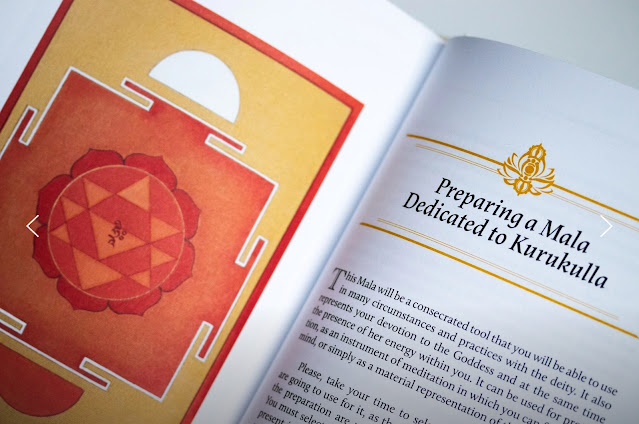 In Kurukulla: Goddess of Bewitchment – A Devotional Path to the Red Enchantress of Uddiyana, author Verónica Rivas combines academic research with personal experience to offer a theoretical-practical study of Kurukulla, the goddess in Hinduism related to desire, lust, magic, and witchcraft.

Many of these aspects were left aside, however, as her importance and popularity within Tantric Buddhism continued to grow. In Kurukulla, we have a goddess of tribal origins, initially venerated as a protector by various nomadic clans who related her to fertility and material affairs, yet also considered her dangerous and fearsome. Progressively, the goddess was incorporated into the Buddhist pantheon, and during this process, Kurukulla acquired different roles and lost others. Many practices were developed related to issues such as protection against animals and certain diseases, obtaining influential positions in society, love affairs, and even getting rid of one’s enemies.

Kurukulla: Goddess of Bewitchment offers a tantric perspective on a deity considered the goddess of eroticism, the mistress of enchantments and bewitchment, who uses desire as a weapon for transcendence. Practicing with Kurukulla allows us to reach our true nature by making our daily life, our fears and weaknesses, the very source of liberation.

The goddess of the red body represents the pure manifestation of intrinsic wisdom, the primordial energy that nourishes all realms of existence, as well as life and death as complementary opposites.

The rituals and devotionals presented in this book are intended to openly and freely establish a deep connection with the deity. They are shared in a simple and understandable way that will allow practitioners to integrate them into their life easily and completely. 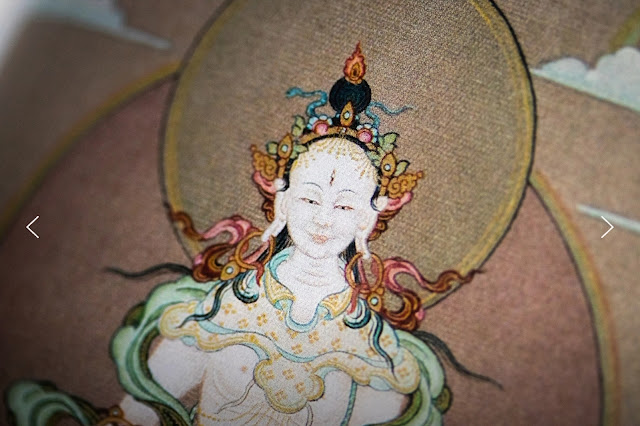 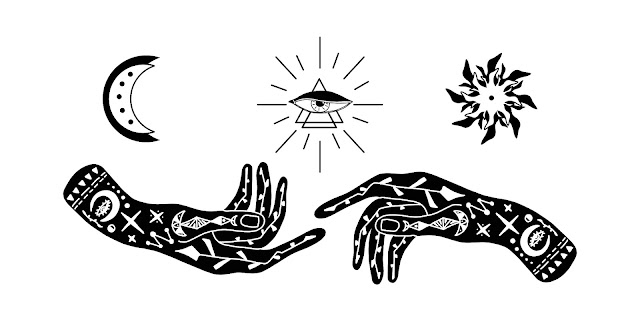 Popular posts from this blog

October 01, 2021
WELCOME to the Edge of the Circle Newsletter. This newsletter has come about as an effort to reach out to the Pagan/ Occult community (particularly in Seattle where we are based) to inform the community of what events are happening at our store. Without further ado, welcome, and enjoy. Regards, Erica (Raven) Branch-Butler, Editrix- golanv1@yahoo.com WHO WE ARE: Edge of the Circle Books is Seattle's resource for Paganism & the Occult. This newsletter seeks to provide the Seattle community with a place to list events, post articles, and do a bit of networking. Edge of the Circle Books strives to be your ideal Magical Pagan store. Open 7 days a week, Noon 'till 8pm. Call: 206-PAN-1999 We are also now on Facebook: Become a Fan, post your event on the discussion page! Also on Facebook: THE SEATTLE PAGAN, OCCULT AND METAPHYSICAL RESOURCE BOARD has been created in order to facilitate networking throughout the Pacific Northwest. https://www.facebook.com/groups/1000179343332589/ If
Post a Comment
Read more

December 31, 2021
WELCOME to the Edge of the Circle Newsletter. This newsletter has come about as an effort to reach out to the Pagan/ Occult community (particularly in Seattle where we are based) to inform the community of what events are happening at our store. Without further ado, welcome, and enjoy. Regards, Erica (Raven) Branch-Butler, Editrix- golanv1@yahoo.com WHO WE ARE: Edge of the Circle Books is Seattle's resource for Paganism & the Occult. This newsletter seeks to provide the Seattle community with a place to list events, post articles, and do a bit of networking. Edge of the Circle Books strives to be your ideal Magical Pagan store. Open 7 days a week, Noon 'till 8pm. Call: 206-PAN-1999 We are also now on Facebook: Become a Fan, post your event on the discussion page! Also on Facebook: THE SEATTLE PAGAN, OCCULT AND METAPHYSICAL RESOURCE BOARD has been created in order to facilitate networking throughout the Pacific Northwest. https://www.facebook.com/groups/1000179343332589/ I
Post a Comment
Read more

August 12, 2021
EDGE OF THE CIRCLE BOOKS IS PROUD TO PRESENT THE FOLLOWING NEW TITLES   THE BOOK OF FLESH AND FEATHER  By Zemaemidjehuty   (Theion Publishing) Standard Edition Hardcover  Bibliographic details: 272 pages, 225×294 mm (portrait) 2 color print on wood-free high quality paper (135gsm), original b/w illustrations by the author, golden endpapers,rounded spine, headbands. Standard Cloth Hardcover Edition , bound in fine blue buckram cloth, gold embossing front, back and spine, fine ribbon, limited to 710 copies only. List Price: $89.95  FROM THE PUBLISHER: A truly spellbinding work, The Book of Flesh and Feather is the central liturgical and ritual book of a devoted group of initiates of the Great Djehuty. The Book of Flesh and Feather is a grand theurgical opus which includes a large number of ritual instructions, exorcisms, spells, amulets, and hymns which invoke the Great God and exalt His BA. The entire ritual cycle aims first at inducing a necessary state of Chaos after which the theurgi
Post a Comment
Read more