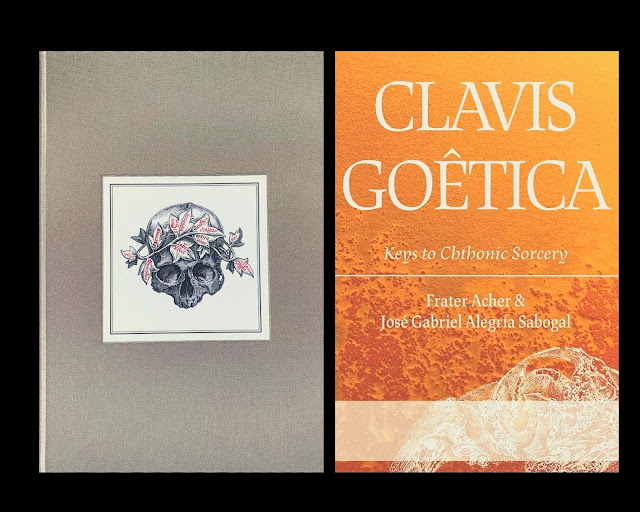 Clavis Goêtica presents a reference to the 16th-century tale of the first white magician, Johannes Beer, who is brought back from the dead in this book. And yet, the title as well as the essays united in this volume hold a deeper meaning: this key to the underworld is a living being, a spirit in its own right, that only comes to life when magic is performed as an act of co-creation of equals. In this book Frater Acher and José Gabriel Alegría Sabogal have joined creative forces to break through the perceived dichotomy of left-hand and right-hand paths of practical magic. Through careful historical research, concrete ritual analysis and their own experience as practitioners they show a path towards a more balanced way of approaching magic in the underworld, one where the chthonic spirits are invited to unlock what is theirs, while equally the magician is held accountable to contribute what is uniquely human about them. Only when both sides contribute fairly to the magical (p)act, can the key be turned that is the clavis goêtica. 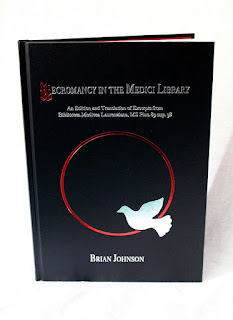 NECROMANCY IN THE MEDICI LIBRARY:

An Edition and Translation of Excerpts from Biblioteca Medicea Laurenziana, MS Plut. 89 sup. 38

Translated and introduced by Brian Johnson

Necromancy in the Medici Library contains extensive excerpts from a necromancer's handbook, detailing both general methods and particular rites of spirit conjuration, along with a veritable pantheon of the demonic personages.

On the tumultuous eve of the sixteenth century, as Girolamo Savonarola preached apocalypse in the cathedral of Florence and his protégé, the neoplatonic philosopher Giovanni Pico della Mirandola, breathed his last under mysterious circumstances, all while the army of a French king marched on the Italian peninsula, an anonymous Roman scrivener was putting the finishing touches on his masterwork. But it was neither an illuminated book of hours nor an encyclopedic chronicle of kingly deeds to which he set his pen, for this copyist was a magician, and his humble notebook contained a treasure trove of arcane knowledge — knowledge that might bring him wealth, power, even love...if he could bear the risks it entailed.

Preserved in the Florentine Laurentian Library under the patronage of two Medici popes, published here for the first time are extensive excerpts from this Italian necromancer's handbook, detailing both general methods and particular rites of spirit conjuration, along with a veritable pantheon of the demonic personages upon whom one might call. Including the original Latin text in parallel with a new English translation, this edition is also furnished with a critical apparatus and introductory essay which illuminate this manuscript's place in a network of occult practitioners and texts that circulated all the way from the Papal States to the shores of England. 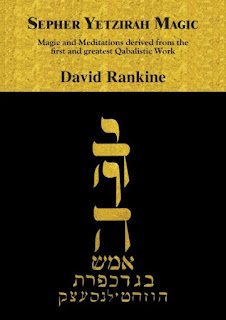 from the first and greatest Qabalistic Work

Sepher Yetzirah Magic is a stand-alone work which requires no previous knowledge of Kabbalah, and presents a collection of practical magical and meditational techniques for solitary and group practice.

The Sepher Yetzirah stands as the foundation work of Kabbalah, a mystical and magical text which establishes the cosmology and roots of the tradition. The Sepher Yetzirah emphasises the symbol set of the Hebrew alphabet and expresses language as the liminal medium which unites emanation and manifestation. The divine force is given form in written language, the glyphs of letters being divine forms which act as receptacles of divine force and gateways to creating change. The expression of spoken language activates this divine force in innumerable permutations, expounded in this work through magical practices and meditational techniques drawn from the text and expressed through the voice of the practitioner.

David Rankine is an author, esoteric researcher and magician who lives in Glastonbury, England with his partner, artist and tattooist Rosa Laguna. He has been making major contributions to the modern occult revival since the 1980s, through lectures, workshops, presentations, articles and books. His esoteric expertise covers a wide range of topics, including the Western Esoteric Traditions, especially the Qabalah, the Grimoire tradition, Greco-Egyptian magic and Ceremonial Magic, as well as British Folklore and European Mythology. David's esoteric knowledge and scholarship can be seen in the thirty books he has authored, his essays in various anthologies, and hundreds of articles for magazines, journals, international part-works and websites. His published work in recent years has been characterised by the publication of previously unavailable or inaccessible material on the grimoires and other areas of magic. David has given lectures and facilitated workshops around the UK and Europe for the last three decades, concentrating on the subjects closest to his heart, including the Grimoire Tradition, Angelic Magic, Greco-Egyptian and Celtic Mythology and folklore. 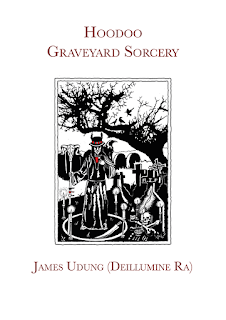 Part of the "Guides to the Underworld" series

The Graveyard is a place of power in Hoodoo Folk Magic. It is a place of spirit contact between our ancestors and us the conjurers. Within this amazing temple we are set apart from the everyday hustle and bustle of life, more connected with the spirits of the Dead and of Nature. As with every temple there are rules and regulations on how to enter, work and exit. In Hoodoo Graveyard Sorcery, James Udung discusses entering and exiting the graveyard, how to ritually collect graveyard dirt, and how to create an ancestor altar. Included are recipes for Incense of the Dead, a protection mojo bag, and Goofer Dust. 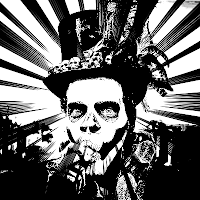 Posted by Edge of the Circle Books Newsletter at 9:16 AM