EDGE OF THE CIRCLE BOOKS IS PLEASED TO PRESENT THE FOLLOWING NEW TITLES FROM SCARLET IMPRINT AND HADEAN PRESS: 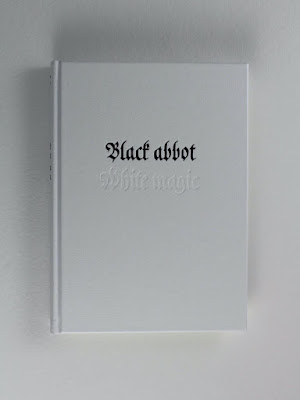 Johannes Trithemius and the Angelic Mind

Limited to 900 copies, bound in white bonded leather, stamped in blind and black, with embossed black endpapers, and black ribbon. 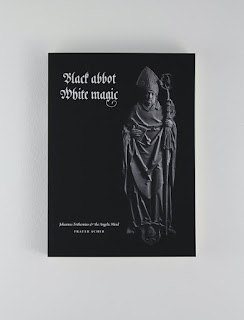 Black Abbot · White Magic: Johannes Trithemius and the Angelic Mind is the second volume of Frater Acher’s Holy Daimon cycle, and focusses on the magical legacy of Johannes Trithemius. The book includes the first full English translations of two angelic grimoires, reveals the construction of the talismanic Tablet of Truth, the compounding of a love philtre, the creation of the exorcistic powder of Pelagius and the purificatory counter-magic of the witch’s bath. Through Acher's careful analysis of these texts, the reader is guided towards a mystical and historically attested method of practicing angelic magic. 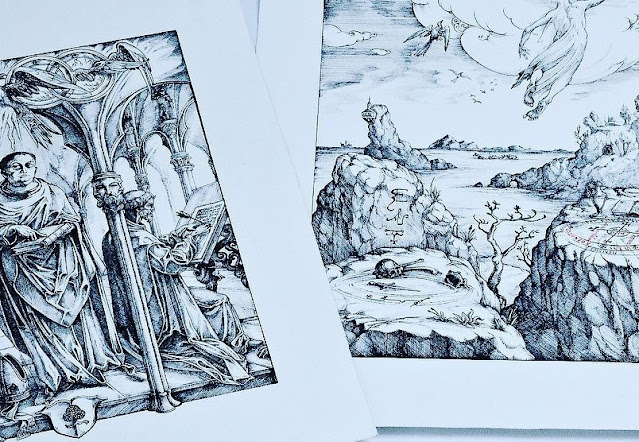 The black abbot should be considered as the central figure in the evolution of the Western esoteric tradition. Trithemius was the teacher of Heinrich Cornelius Agrippa, a magical role model to John Dee and Paracelsus, and the inspiration behind many of the legends now attributed to Dr Faust. New material sheds light on Trithemius’ own magical practice and his formulation of a theologia magica, which relies on cultivating a relationship with the personal angel.

The first part of the book provides translations and analyses of manuscripts attributed to Trithemius’ legendary teacher Pelagius the Hermit of Majorca, as well as his mysterious intermediary Libanius Gallus. Acher then examines two texts attributed to Trithemius, which evidence the blending of high and folk magic in practice, connecting the celestial intelligences leveraged in Pelagius’ writings with the chthonic virtues of plant and animal based concoctions. 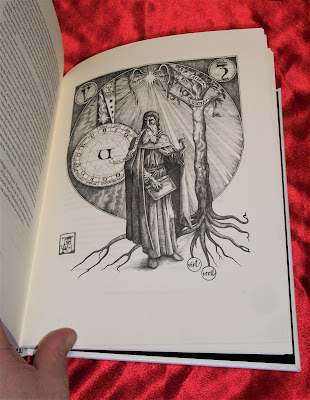 The second part of the book opens with a biographical essay by the leading Trithemius scholar, Professor Klaus Arnold. Acher then goes on to investigate the vexing relationship between Trithemius, his master Pelagius and their intermediary Libanius Gallus. He concludes with some thoughts on the hermetic allegorical engraving in the third volume of Johann Scheible’s Das Kloster (1846) for the reader to pursue in their own visionary work.

In Black Abbot · White Magic Frater Acher gives an understanding and appreciation of the intent, depth and pragmatism of 15th century mystico-magical practice and an insight into one of its most engimatic figures.

Pelagius Eremita - Two Books: Of the Knowledge and Name of One’s Good Angel

Analysis of the Two Books

Pelagius Eremita and Libanius Gallus - The Tablet of Truth

Analysis of The Tablet of Truth

Analysis of The General Key

The Powder of Pelagius 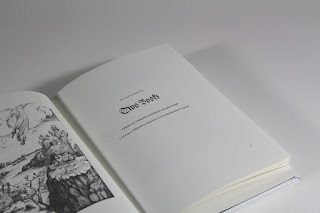 Part Two: On Trithemius Of Sponheim

A Map to the Mystery 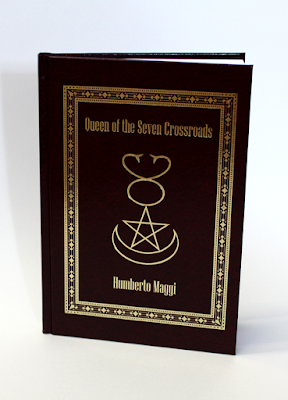 QUEEN OF THE SEVEN CROSSROADS

Published by Hadean Press in August, 2020. 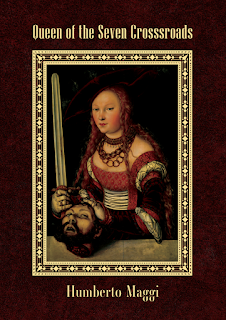 History and myth come together to create and continuously develop the definitions and the interpretations about who or what the Queens of Quimbanda are. The aim of this treatise is to provide a conceptual background for a better comprehension of the identity and role of the Queen of the Seven Crossroads which will enable the devotee to develop a consistent practice of work and communion with this elevated spirit.

Humberto Maggi surveys the historical developments that influenced the creation of the concept of the Queen of the Seven Crossroads in the Brazilian magico-religious system Quimbanda that emerged in the first half of the 20th century, as well as the ideas and techniques inherited both from Europe and Africa. He looks at how various myths, historical figures, and misunderstandings combined to create one of the most powerful pombagiras – what elements shaped her, what and who inspired her legend, and how to work with her in your own practice. 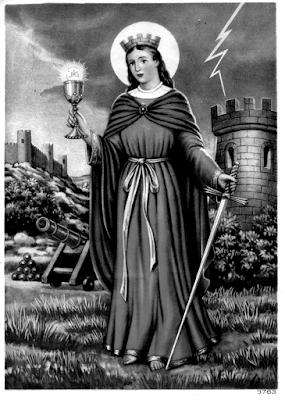 The Queens of Quimbanda, Queens of Magic and Sorcery, and Queens of Hell are considered to be powerful spirits who deserve great honors and reverence. To each of them are assigned Astral Kingdoms that govern over different aspects of magical work and that connect with the mundane plane strongly at specific places and times, though their power in truth knows no limits or boundaries.

Like the dead heroines of older times, who received cult and were expected to aid the living, the Queens of Quimbanda, as with most of the lesser spirits in this system, are reputed to have been extraordinary whilst living – for good or evil. The diabolical aesthetics and the historical origins of Quimbanda associated and associate these women with the Devil – although here the Devil is not seen as the orthodoxies teach. Quimbanda moves toward a restoration of the original cosmogonies misrepresented by the Christian churches. It accepts the superficial ideas and images developed by Christianity to accuse and to frighten, but proposes a core interpretation that in the end completely undermines Christian theologies.

The Quimbanda that arose in Brazil is a fig tree with roots in European witchcraft and African religions; it is the inheritance of people who were exiled and enslaved – at its core it is reaction and rebellion against Church and State, against Inquisition and Slavery.

History and myth come together to create and continuously develop the definitions and the interpretations of who or what the Queens of Quimbanda are. Research and revelation compose this short treatise dedicated to the Queen of the Seven Crossroads with whom I have being working for several years. She came into my life at a moment of great and difficult change, and she has guided me faithfully since then. Often experiences with the Queen of the Seven Crossroads are frightful – but there is always a surreptitious feeling that things are under control and all is for the best. These are entities that test and improve their protégées.

The idea of writing a short treatise on the Queen of the Seven Crossroads came to me during one of the works I do regularly with her. I have a large image of her at home, and a smaller one that travels with me wherever I go. Under her guidance we are going to survey the historical developments that influenced the creation of this concept in the Quimbanda that emerged in the first half of the 20th century in Brazil, as well as the ideas and techniques inherited both from Europe and Africa; we also are going to follow the thread of inspirations I received and we will borrow from the practices I learned both as a Chief of Quimbanda and as a researcher.

The aim of this treatise is then to provide the conceptual background for a better comprehension of the identity and role of the Queen of the Seven Crossroads which will enable the devotee to develop a consistent practice of work and communion with this elevated spirit. 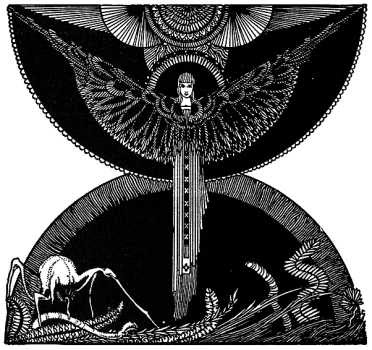 Posted by Edge of the Circle Books Newsletter at 11:30 AM