THE DANCING SORCERER
Essays on the Mind of the Magician
by P.T. Mistlberger
Anathema Publishing, March 2020 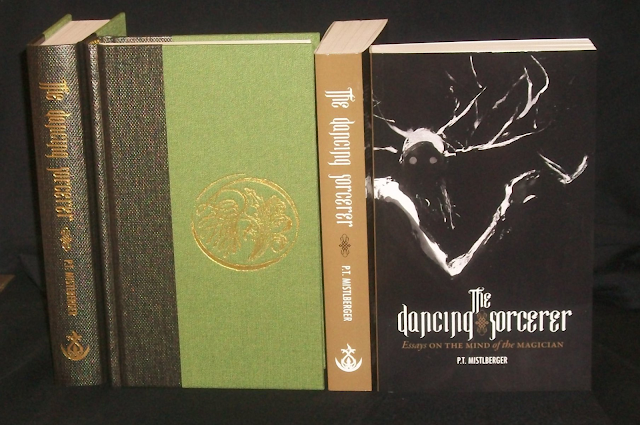 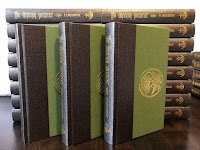 PAPERBACK Edition:
5.25 x 8.5 inches. 368 pages. German Binding. Gloss (Scuff Free) finish. Full Colour interior (illustrations and photography). Fine typography, printed on Cougar 160M (thick) archive-quality paper. Fully illustrated by Rowan E. Cassidy. List Price: $34.95
FROM THE PUBLISHER:
“The present book is dedicated to the magnum opus of the unification of opposites that is necessary for deeper movement into life, the mind, and reality. The magician – the psychopomp who guides others into and through the netherworlds – has always been around, in varying degrees of quality. We walk with that figure; more, we become that figure when we fearlessly face within and engage the process of redemption and ownership  of our darker angels.”
~P.T. Mistlberger 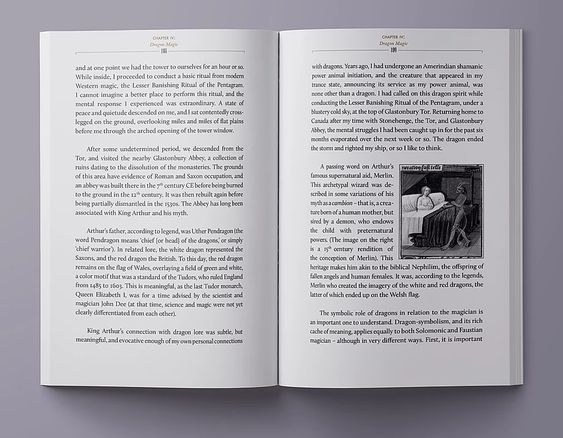 The Dancing Sorcerer has been a term used for the past half-century to describe the iconic figure of a 15,000-year-old work of cave art found in present-day southern France. This image, of a man dressed up in animal skins, who appears to be performing a ritual dance, has been offered up by anthropologists as an example of how the real oldest profession has always been that of the shaman, magician, or sorcerer. 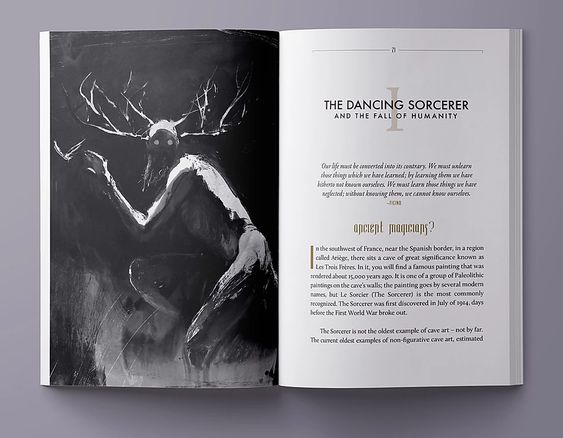 The present book offers a series of essays commenting on the purpose and function of the magician archetype, using as a focal point what the author broadly defines as the Solomonic and Faustian approaches. The essays herein are concerned mainly with psychological themes, based principally on what Jung termed the mysterious conjunction, the idea that no movement into higher realities is possible without first unifying our lower nature. For this, it is necessary to investigate and even embrace the dark side – which can include such powerful archetypes and themes as dragons, vampires, Goetic demons, pharaonic curses, Enochian spirits, and occult literary frauds – all with the ultimate purpose of redeeming both the personal and collective psyche.

TABLE OF CONTENTS:
Introduction
Chapter 1: The Dancing Sorcerer and the Fall of Humanity
Chapter 2: Solomonic vs. Faustian Magic
Chapter 3: Pharaoh’s Curse, Imagination, and Deception
Chapter 4: Dragon Magic
Chapter 5: Dee, Kelley, and Faust: Brothers in Elysium
Chapter 6: Vampires and the Magician
Chapter 7: Integration, Banishing, and the Demon Belial
Chapter 8: The Golden Dawn and the Secret Chiefs
Chapter 9: Alchemy, Demons, and Mysteries of the Goetia
Chapter 10: The Trickster, the Missing Devil, and the Redemption of Faust
Appendix I: General Survey of Goetic Spirits
Appendix II: Jung, Alchemy, and a Common Misunderstanding 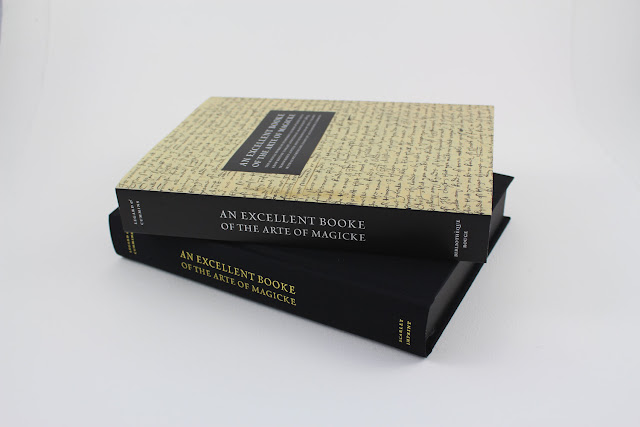 AN EXCELLENT BOOKE OF THE ARTE OF MAGICKE:
The Magical Works of Humphrey Gilbert and John Davis
by Phil Legard and Alexander Cummins
Scarlet imprint, March 2020
8vo (245 × 170 mm)
368 pp
Colour facsimile of British Library Additional manuscript 36674
Illustration of the Tree of Crystal by Sin Eater 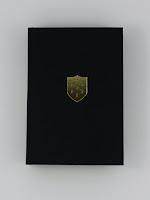 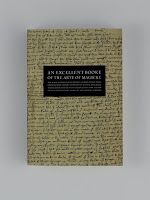 FROM THE PUBLISHER:
An Excellent Booke of the Arte of Magicke: The Magical Works of Humphrey Gilbert and John Davis, transcribed from British Library Additional manuscript 36674, edited and introduced by Phil Legard, with supplementary essays by Alexander Cummins, and a foreword by Dan Harms.

FROM THE PUBLISHER:
The first part of the book, Texts, opens with a colour facsimile of ff.47r–62v from Add. ms. 36674, known as the Excellent Booke and Visions, followed by modernised and diplomatic transcriptions.

The magical experiments conducted by Elizabethan explorer, soldier and courtier Humphrey Gilbert, along with his scryer John Davis, during the spring of 1567 are notable for their forceful methods and stripped down Protestant ritual. The spirits are called into a ‘crystal stone’ by way of a large number of conjurations, charges, constraints, curses and bonds. The work includes the practical conjuration of Bleth, Aosal, Assassel (Azazel) and the four demon kings of the winds, namely Oriens, Amaimon, Paimon and Aegyn. It is evidently based on an older text or texts, adapted to the Protestant outlook of the period, and has also been supplemented with revelations and guidance received first-hand by Gilbert and Davis over the course of its composition. As such, the texts are a rare example of the poiesis, or coming-together, of a ritual magic book. The texts attest to the continuity of medieval ritual magic into the early modern period.

Visions is a record of visions in the crystal, detailing events which took place before, during and after the composition of the Excellent Booke. In the course of this work, the master – Humphrey Gilbert – and scryer – John Davis – converse with a wide-range of spirits as well as religious and occult personalities, including Assasel, Solomon, Roger Bacon, Cornelius Agrippa and four angelic evangelists. The pair experience a series of remarkable sights concealed behind the seven-keyholed door of the house of Solomon. On occasion the visions bled into the waking world in encounters with great demonic dogs and the physical manifestation of the prophet Job.

The Excellent Booke and Visions are, as Legard writes in his Preface, ‘unique documents of sixteenth century magical practice: ones that deserve to be widely read and studied by scholars and practitioners alike since they preserve a detailed account of both the making and the use of a grimoire.’ A book of particular note to those interested in Azazel, the fallen angel and necromantic traditions, students of the grimoires and the practical workings of dirty medieval magic.

Appended to the Excellent Booke are three further, related manuscript transcriptions, the necromantic graveyard ritual in Experiments of Azasel, Ancor, Anycor and Analos, from Illinois Pre-1650 ms. 0102, the scrying procedure of An Experiment of Bleth, from Sloane 3824, and the necromantic and treasure hunting rites of Related Experiments, from Case ms. 5017.

In the second part of the book, Contexts, Dr Alexander Cummins provides a trilogy of essays. He first surveys early modern necromancy, its tools and techniques in their historical setting. He then discusses scrying techniques in depth, with reference to Artephius, Dee and Kelley, Aubrey, Lilly, Forman et al. He concludes with a discussion of tutelary shades, and the learning of magic from dead magicians, whether Solomon, Adam, Cornelius Agrippa or Roger Bacon. Thus armed, the appropriately black-clad reader can engage with the Excellent Booke as a practical grimoire of the necromantic art.

Phil Legard draws the book to a close with an essay on the phenomenology of the necromantic workings of Gilbert and Davis which provides an open door for both practitioners and academics through which to pursue the performative and affective practice of magic.

Foreword: The Best Book That Ever Was?

Preface
Visionary Magicke: Humphrey Gilbert and the Poiesis of a Grimoire

A Note on the Transcriptions

An Excellent Booke of the Arte of Magicke

An Experiment of Bleth, from Sloane 3824

Part 2: contexts
Sorcerous Significances of the Excellent Booke and its Visions
By Stone and By Call: Medieval and Early Modern Evocatory Scrying
Tutelary Shades
Good Books to Call By: Text, Speech and Materiality in the Necromantic Workings of Humphrey Gilbert and John Davis 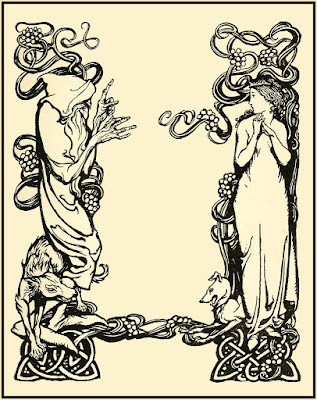 Posted by Edge of the Circle Books Newsletter at 12:40 PM